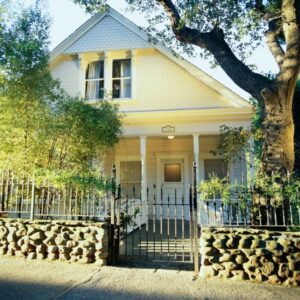 It may be a hassle to fix the foundation of a home, especially if it’s already being lived in. Repairs mean expenses, and homeowners would rather just live life as usual and use the money for other financial matters. What most people don’t realize, however, is that there’s a lot at stake when one puts off foundation repair. The consequences may be drastic and cost much more to deal with than the initial repairs themselves. Here’s why you shouldn’t wait another year to fix any foundation problems.

A vulnerable element in the home that’s affected most by the foundation is plumbing. Those with pier and beam houses should be concerned since pipes are often intertwined with the foundation, weaving into the house. Meanwhile, those with slab foundations may think nothing is wrong with the plumbing when everything is just unnoticeable under the slab. Foundation problems can cause pipes to break and cracked or burst plumbing leads to water damage. The symptoms of such issues can include mysteriously wet floors, where the water is coming from below. A high water bill despite no dripping faucets or the like is also a sign. These plumbing problems are notoriously expensive to fix.

Depending on your senses of fear and disgust, this next part may be worse. A foundation in disrepair can invite insects and rodents to burrow into a home. Pier and beam foundations are especially vulnerable to this due to the crawl spaces wherein these creatures can squeeze. An infestation can be just as costly as fixing the plumbing, with extermination services charging more the worse it gets. Insects and rodents can multiply unpleasantly quickly, so the longer the problem remains undetected, the worse the damage and higher the expense. This is an even greater concern for those who live in wooded and rainy environments. Such conditions are the perfect breeding ground for vermin.

It’s unnerving to notice gaps or cracks in the floor and walls. It gives an old, unpolished, damaged vibe that no homeowner wants. A shifting house is natural, though, in the case of moving ground or drastic weather. The biggest sign that foundation problems are to blame is when basement walls have horizontal cracks, which show the foundation’s perimeter undergoing much pressure. This could either be from water pressure or even the breakdown of materials from infestations. Uneven sinking and settling aren’t good either. One side of the house could sink lower than the other and disturb the interior layout of the home.

Imagine all of these issues occurring at once, just because you put off fixing the foundation for a year or two. It’s unbelievably costly. But even with the damage restricted to the foundation with none of the other factors at play, the expense can still be staggering. Think of it this way — it’s cheaper to fix the damage sustained from a year of disrepair than damage sustained from 5 years of disrepair.

That’s the best answer to the question “why do something later when you can do it now?”

Looking for a foundation repair contractor? contact us at:

Zena Cardman
21:29 03 Jul 21
We needed our 120-year-old pier-and-beam house re-leveled, and had a great experience with Lee. He was straightforward and communicative, sent lots of photos of the progress, and as a courtesy bonus also inspected our foundation for termite damage and checked our plumbing for leaks while under the house.

Kimberly Reyes
03:02 06 May 21
Y'alls customer service is excellent. You're more responsive than the company I intended to review (Pier Pro Foundation Repair). My sincerest apologies.

Antonio Gonzalez
20:27 25 Aug 20
These guys were the best! They worked hard in this heat and we're so accommodating to ensure they kept everything organized geared to the family. They did the best they could and cleanup was sooo great. They were very nice people and finished before the storm. They went out of their way on an issue with the front door. Thank them for me!Antonio

Stephanie T Evans Greenham
17:17 19 Jun 20
Would hire them again and I HIGHLY recommend them!I was selling my home and wanted the work done after the closing. Not only did these folks work with the home BUYERS schedule, but also with me. They did fantastic work and even though they knew I was not in the home and I no longer had ownership, they sent me pictures of their completed work. I had experienced great customer service, from very professional and honest poeple. I trust them, I trust their work and would send family and friends their way, who needed it.

Tim Bennett
23:26 28 May 20
Had my house leveled. Friendly service and the work performed was excellent. Though what I discussed with sales and what I got differed. I should had gotten a detailed description of the work to be performed. You should to with any company.To be fair I will explain. The column in front of the house was asked to be straightened and leveled. The workers offered to support it but not straighten. The Level Pro owner was never at site with me.

Arshia Khan
02:57 04 Oct 19
Very professional reliable someone I can truly trust this is my second time using level pro and hands down the best ! Thanks Corey & Randy!!

David Grissom
00:15 04 Jul 19
This company has done an outstanding job of rebuilding my house from a flood disaster caused by a plumbing leak in the attic. 4 rooms of my house were flooded. Carpet, Sheetrock walls, and hardwood floors had to be ripped out. The cabinet in my hall bathroom was ripped out to remove the wet Sheetrock. My cedar closet had to be ripped out also. This was what Level Pro home services had to work with when they started the build back. The work they have done has been beyond outstanding. The new walls and cedar closet are beautiful. We had them install porcelain tile floors that look like hardwood. The floors are outstandingly beautiful. They repainted all the rooms and hallway. The cabinet in the hall bathroom was rebuilt custom by a high class cabinet maker and his son. The workmanship is outstanding. One room was my exercise room with some big machines that could not be removed easily. They managed to move them around and install the tile floor without removing the machines. My wife and I are very pleased with their work and recommend them highly to anyone.

Joyce Turner
16:51 30 Jan 19
I hired Level Pro to renovate my guest bathroom. It has been a terrible experience. It started at the get go. They totally underbid my project and because of this they tried to put in sub par materials. I had to constantly stay on them to install items that I specifically said that I wanted. There was only one crew sent to install everything. I now wonder if they were qualified to install plumbing products, electrical, etc. I have had to have them back out to my home more times then I can count. At first they were responsive to my calls and came back to fix the items that were not done correctly, but lately they just ignore my calls and texts. A few of the items that I called them about were:The faucet in my tub was loose and they told me that was how it was supposed to be. It was literally moving every time I released or closed the stopper. They finally fixed it after several attempts.One of the workers put a chip in my granite and the owner literally told me that he would just forget it. It looked ok to him. That finally got fixed after several attempts.Water was dripping out of my ac vent downstairs when the shower or toilet was used. To be fair this did not happen all the time, but I knew something was wrong. They came out several times and could not find the problem. I have since discovered it is coming from the toilet because I felt water on the base this past weekend. I proceeded to text the owner and call him and he never responded to me. So I decided to call a plumber because my ceiling downstairs now has a few water spots on it. He probably would not send a plumber, just one of his people, and I don't want it to ruin anything else. So I'm having to pay for a plumber for something that was incorrectly installed.My glass shower door was not installed properly. It was very loose and would not close all the way. He sent someone out and all the fittings needed to be tightened.I could keep on going but I think you get the idea. I spent a lot of money and did not expect to have so many problems. I assume he is going to ignore me from now on. I do not recommend their services. They do not check the work of their sub contractors. They just show up to get their check. Really poor customer service. I am so disappointed in this company.

Google User
00:06 21 Jul 17
Level Pro offers a very impressive customer service. Their customer service agents are very courteous and they are good listeners. They resolve issues as quickly as possible. Even when the issue was my fault, they didn’t become defensive. Instead, they apologized to me. I eventually hired then after the tenth call. They never got tired of my calls.

Kent Underwood
21:15 06 Jul 17
I don’t know what to say but my house feels like heaven right now. I put it up for sale because am about to relocate. The offers I was getting were not encouraging so I decided to remodel it. I sold it more than twice the initial offer. Level Pro did a great work.

Jack Bridges
21:05 29 Jun 17
We hired 24 more staff last December and our floor was filled to capacity. We were already talking of renting an additional apartment. One of my colleagues invited Level Pro and when they looked at it, they said we don’t need additional apartment. They only had to redesign and remodel our office during the Christmas break. The same office accommodated all the 24 new staff and there were still some spaces left.

James Parsons
07:06 11 Apr 17
Level pro foundation is one of the best companies to look forward to. On a friend’s suggestion I called them instead of the people I used to call for these kinds of works. And I am happy to say my decision saved me a lot of money and patience. I am really excited about living at my own place and I thank level pro foundation for doing such a great job in such little time. Thank you!
See All Reviews